An editor is like a priest or a psychiatrist; if you get the wrong one then you are better off alone. ~ Toni Morrison 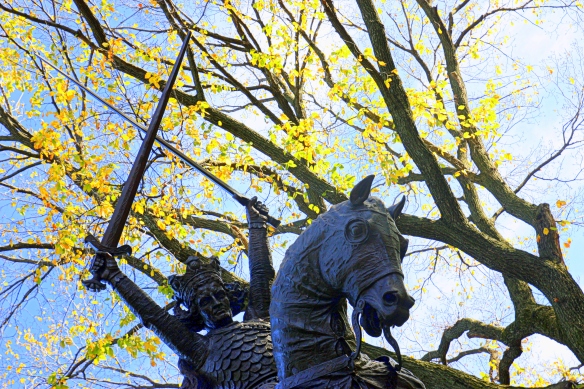 I am at the pointy end of thesis revision. I’ve had some lessons in revising, and even a brief local writing retreat. I’m intending to submit my PhD dissertation next month, 3 years after I enrolled. Can I get a ‘Woooot!’?

And as I quadruple cross-check my references, re-read for APA comma use, and re-re-re-re-re-read each chapter, I’m wondering if I should get an editor or proof-reader for my thesis. Of course my thesis has been read by others – my two supervisors and my mum (hooray for mums!) – but for now, despite knowing that being so close to my text might mean I’m not seeing its problems, I’m not intending to employ an editor.

I know people who have paid in the vicinity of AUD$2000, tax deductible, to have their thesis copy-edited by a freelance academic-slash-editor or an academic editing company. It costs marginally less for a simpler copy check which refines accuracy, rather than also ‘improving’ the quality of the writing.

While this post on the Thesis Whisperer blog is written by an editing company (and look at that – it’s pro editing!), there are some interesting comments there from those who have used editors and proof-readers to varying degrees.

I can see the argument for getting a thesis professionally edited. If I was writing a novel or a book through a publisher, it would be professionally edited. This would ensure that any typos or errors I am missing would be picked up. It might streamline, strengthen or dilute my writing, according to the editor’s discretion. I know of one post-PhD person who swears by her editor, saying that he made her writing better, stronger and more accurate. I know of another who used the same editor, who was annoyed at him for trying to change the voice of her writing and disagreed with many of his edits.

From my personal perspective, a few things are influencing my decision. English is my first language, I’m an English and Literature teacher, and a writer of sorts (if you consider my amateur attempts at blogging, copy writing, dissertating and the occasional dabble in poetry to be writing). So I feel like I should be capable of this task. And I want the thesis to be a work that is totally mine. Maybe it’s because, as Pat Thomson wrote yesterday, and as I mused in this post about writing the discussion chapter, writing is more than writing a text, it is writing ourselves into scholarly being. I’ve been writing myself into my researcher/academic-writer identity. I feel as though I don’t want that being-becoming-researcher ‘me’ to be shaped by an editor’s hand or moulded by a both-proverbial-and-tangible red pen, externally poised to correct and erase.

I’ve been very deliberate about the way I’ve written my thesis, and I know my style of academic writing might be considered idiosyncratic. I’m simultaneously proud of what I’ve produced, and aware that it is very ‘me’, which might be seen by examiners and readers as positive or questionable. My work might be seen as operating at the edges of PhD scholarship, of pushing against those edges a bit in an attempt to see if they move, just a little. Maybe it’s the non-conformist anti-authoritarian in me who doesn’t want to invest in this opportunity. Perhaps I see it as having my writing, and therefore my researcher-self, boxed in by the expectations and rules of someone else (even thought I know that of course a PhD conforms to rules of style). I don’t want an editor to change the voice of the text, and while a proof reader might pick up some un-picked-up typographical errors, I want to own the text, typos and all (while at the same time hoping that there aren’t any errors).

It’s perhaps ironic that I would expect my students to consider my writing advice or suggested corrections, and that I listen attentively my supervisors’ comments. Perhaps this is about relationships and trust; the unknown faceless editor, as opposed to someone who knows me and my work. And yet I know that this is precisely why the editor is able to see the text anew and without the bias which comes from being the deep-in-the-thesis-cave candidate or the have-worked-with-the-student-for-years-and-know-the-project-inside-out supervisor.

What do you think? Can you make sense of my confused and contradictory thinking around having or not having a doctoral thesis edited or proof-read professionally? Is choosing not to use an editor’s services honourable purism or deluded idiocy?

15 thoughts on “Professional editing for the PhD thesis?”