As 2016 draws to a close, the social media world is filled with hyperbolic despair and cleverly satirical, clicktavistic, hashtagified attacks on the 2016 calendar year. The masses are cursing 2016 and saying it’s ‘the worst’. People are mourning celebrities. They are anguishing over political events including the UK voting to Brexit and the US voting for Trump, although neither of these results have yet to come to fruition. Britain exiting the EU and Donald Trump being president are still joys ahead of us. Educators, even over the holiday period, have continued to stoush over ideological and practical differences. ‘Me at the beginning of 2016 vs. me at the end of 2016′ memes have been ricocheting around the interwebs, showing amusing-but-tongue-in-cheek-horrifying transformations of someone (usually a celebrity such as Leonardo DiCaprio, Mark Hamill or Winona Ryder) going from a state of wellness and success, to one of ravaged dragged-through-the-apocalypse-backwards misery. People’s timelines appear simultaneously grief-stricken and hipster-with-the-program-cool. Facebook feeds are weighed down by outpourings of emotion and strings of emoji. I wonder if this desire to come together in the attack on a particular set of 365 days is a case of jumping on a hashtag bandwagon, feeling part of the global community, connecting with one’s tribe, or shouting into the void in a way that makes us feel heard, or at least like we have spoken.

I’m going to question the hive-mind trend of publicly hating 2016. Of course, there has been plenty of anguish and many deeply troubling events (see the refugee crisis, the siege of Aleppo, terrorist attacks, shootings, bombings, deaths of many from publicly mourned celebrities to privately mourned individuals for whose families’ lives will never be the same). Yet, as Rebecca Onion points out, there have been plenty of other truly terrible years in human history that have seen suffering, sickness and war at an epic scale.

This year I’ve despaired at the direction of global politics, warfare, violence, hatred and education policy, but there is plenty (for an employed white person living without major health issues in a first world nation, parenting healthy children and supported by spouse, family, friends and nerd herd) worthy of thankfulness. The popular hashtagification of attacking the 2016 calendar year doesn’t resonate with me. I’m too privileged to hate 2016 with anything but white middle-class first-world-problem faux angst. My exhaustion, crankiness, hand-wringing at the state of the world and complaints may be real, but are they enough reason to curse the year that was, or shake my fist to the sky? I need to keep myself in perspective.

Besides, I’ve seen and experienced plenty of good this year. A well-credentialed, strong woman ran for US president. Science has done plenty of uber-cool stuff including making robotic limbs that talk to the brain, identifying a new gene responsible for ALS (as a result of ice bucket challenge donations), confirming the existence of gravitational waves, possibly discovering a ninth planet in our solar system, and developing a successful vaccine for Ebola. Less people are dying from multiple diseases (like measles, malaris and HIV) around the globe. World hunger reached its lowest point in 25 years. The hole in the ozone layer started healing itself. A bunch of endangered species—like tigers, pandas and manatees—are less endangered. A refugee Olympic team competed in the Rio Olympics.

In my own life, I completed my PhD and became a doctor, fulfilling a long-term goal. I wrote, published and presented (nationally and internationally) on work and research about which I am passionate. I did a rewarding day job: teaching high school students English, coaching teachers on their classroom practice and endeavouring to make performance processes in my school more meaningful. I supported and was supported by colleagues. I was appointed as a university adjunct and also to a new professional role for 2017. I saw my school community come together to support its members. I watched my own kids grow bigger, kinder and more independent, and reap the benefits of their local public school’s wonderful teachers and community. I got to spend time with my family and my friends. I drank French champagne and homemade kombucha. I got to curl my toes in beach sand regularly and clap my eyes on the ocean almost daily. I got to go on holiday. I’ve experienced years that I was happy to see the back of, but this year doesn’t stand out as one of them.

I do think that people have genuine reasons to hate a year, or want it to be over. I do think we should feel like we can express our angst in a variety of forums. I do think that parody, satire, and the cry of communal despair have their place in making sense of and critiquing the world. However, at the risk of sounding like Princess Unikitty smiling and screaming to ‘stay positive!’ as Cloud Cuckoo Land is destroyed, I aim to take a more constructive approach.

I aim to be a part of building positive counter-narratives to that which worries me about the world. Apart from the fact that I can’t sustain a state of permanent rage or hopelessness, I need to feel as though I have some agency and a voice. So I choose to look for the kindness, hope, activism and collaboration I’ve seen this year. I’ve seen colleagues, academics and those on social media fighting for that which they believe, for themselves, for others, for equity. I choose to use my voice to advocate, argue, and agitate, but also to offer up alternatives.

As we ease into 2017, come Sunday, let’s think about doing work that matters, being there for one another and sustaining ourselves. Let’s consider how we might make positive changes towards the kind of world we want to live in, and towards the kind of people we want to be. I think in 2017 we’ll increasingly need alternate narratives, hopefulness, and an eye on the goodness in the world. 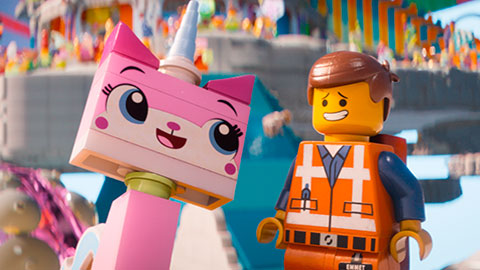 🏆 Congratulations to my colleague Linda Sweet for her national award as winner of The Educator’s Department Head of the Year 2022.
Iconic.
SHELL.
Ducked into the @apy_ac_collective Sydney gallery today to see these stunning works by Rhoda Tjitayi.
Bondi.
It was a pleasure today to share some theory, practice, and story with the sell-out crowd of committed educators at the @aisnsw Curriculum Leadership Conference in the Hunter Valley.