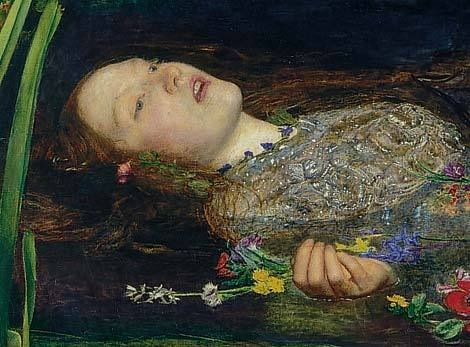 This week was one in which I seized on a teachable moment. I’m not talking here about Robert Havinghurst’s developmental moment, but Frederic Lozo’s notion that a high interest situation can lend itself to discussion of a particular topic. In Unit 4 of Year 12 ATAR English, we’re looking at perspectives, versions of reality, attitudes and values. These are terms with which students are familiar, but concepts that they sometimes struggle to apply effectively to the analysis of texts. We’re exploring how language works to construct viewpoints, and how audiences’ contexts work to make meaning.

As I listened to the radio on the way into work on Monday, I heard the audio of the comments of AFL heavyweights Eddie McGuire, James Brayshaw and Danny Frawley. The radio segment aired last Monday, but it was a blog post by Erin Riley that drew attention to it over the weekend.

Below is the transcript of the controversial Triple M radio segment for the Big Freeze event at the MCG last Monday. In it, the men laugh and joke about drowning female sports journalist Caroline Wilson, before calling her a “black widow” (a North American spider much like the Australian Redback spider that I discuss here). McGuire says he’ll pay $50,000 if she stays under the water, and Frawley says he will “hold her under” the water to make sure she doesn’t come back up.

McGuire: In fact I reckon we should start the campaign for a one-person slide next year. Caroline Wilson. And I’ll put in 10 grand straight away – make it 20. [laughter] And if she stays under, 50. [laughter] What do you reckon guys? Who else is up there? I know you’re in JB?

James Brayshaw: No, yep, Straight in.

Danny Frawley: I’ll be in amongst it Ed.

McGuire: Is Duck there?

McGuire: Duck’s in. Danny’s in – already spoken up.

McGuire: I could do an auction here today.

Frawley: I’ll actually jump in and make sure she doesn’t – I’ll hold her under, Ed.

McGuire: I reckon we could charge 10,000 for everyone to stand around the outside and bomb her.

McGuire: She’ll burn you like everyone else, mate. She’s like the black widow. She just sucks you in and gets you and you start talking to her and then bang! She gets you.

Brayshaw: If you ran that auction from down there, I reckon you’d start grabbing some bids out of the seats too. There’d be money piling in everywhere.

McGuire: It’ll be magnificent. I think we should do that next year. It’s all good for footy.

I thought it was an opportunity to tease out key course concepts and text analysis skills with my class of Year 12 boys. Considering this audio as a text would also allow us to talk about the impacts of the language we use about other people, about feminist ideology, and about what might count as acceptable or unacceptable language directed at particular groups, and for whom.

So, I opened Monday’s lesson by playing my class the audio text of this exchange. The questions that led our analysis and discussion were:

The students individually wrote their responses, before we opened it up for a class discussion. Their initial responses ranged from ‘that’s threatening and derogatory’ and ‘they’re being sexist’ to ‘I don’t really see why it’s such a big deal’ and ‘no-one would make a fuss if those comments were about a man’. They pretty much spanned the range of comments being bandied about in new and traditional media. We were able to tease out these comments and explore how each listener’s own context, beliefs, values and attitudes influence their making of meaning. Students were able to challenge each other’s’ views. Some personalised the comments by thinking about women they knew, pointing out that Wilson was someone’s sister or mother or daughter. Most agreed that joking about drowning someone wasn’t “playful banter”. Some talked about the responsibility of those in the public eye to model decent behaviour and respect for other humans. Some questioned whether McGuire was in fact treating Wilson as an equal by saying something he would equally say about a man. Some talked about the text as a reflection of social issues, or of issues within the sporting culture of the AFL. They discussed what was ‘ok’ or ‘not ok’ to say, and why.

I was able to draw this discussion back to teaching points about our key course concept of perspectives. We considered Wilson’s perspective, and listened to her radio comments about the incident. We considered McGuire’s perspective and listened to his first apology (personal side note: yesterday’s first attempt at an apology missed the point so spectacularly that he issued a second apology today). We discussed how texts, and the way we make meaning from texts, reflect values, attitudes and perspectives. I then used this exercise to segue into looking at these concepts in a short story we had read the previous lesson.

The lesson, which emerged partly on the car ride to school, allowed me to seize on a topical news item around people and a context with which my class are familiar. I was able to use this material to present a real-world text example to teach key course concepts. My observation was that students’ responses to the studied short story, in the task that followed, were nuanced and insightful, possibly as a result of this lesson starter. Looking at their work from this lesson, I think they left understanding the terminology more clearly than when they arrived.

I was able to encourage students to reflect on their own assumptions, attitudes and values. For the English course, and for life, they need to be aware of themselves as consumers of information and responders to the language of others. They also need to consider and own the language they use. I do think it is important to be clear about respectful language towards others in our classrooms, but my teacher approach to McGuire et al.’s comments was not to rant from a feminist soapbox. While towards the end of the class discussion, I did briefly share my own response, and model self-reflection about why that was my response, my main techniques were questioning and managing class discussion, thereby drawing out and leveraging students’ own views.

As a teacher, I think that part of my job is to encourage students be kind, thoughtful human beings willing to call out discrimination and advocate for others, even when it’s uncomfortable to do so. Importantly, the classroom needs to be space where unpopular opinions are heard and explored, not belittled and shut down. The classroom can provide a safe place for robust discussion, thoughtfully-argued disagreement, self-reflection and challenging of viewpoints.