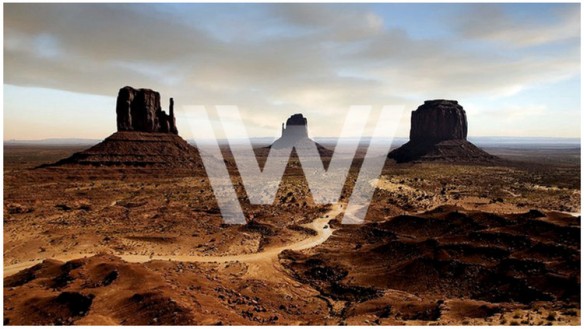 You really do make a terrible human being. And I mean that as a compliment. ~ Maeve, Westworld

The Western genre involves representations of the powerful and the powerless, the heard and the voiceless, the abusers and the abused. In the romanticised landscape of the Western, heroes (usually white and male) overcome the challenges of the frontierland. Historical brutalities are often overlooked in favour of myth and legend; the Wild West is one of imagination rather than reality.

In an open access, peer-reviewed paper published this month, Cyborgs, desiring-machines, bodies without organs, and Westworld: Interrogating academic writing and
scholarly identity, I use the HBO television series Westworld as a lens for exploring academic identity and writing. The Westworld setting is a theme park, called Westworld, a kind of real virtual reality that the very rich can frequent on their vacations, for a hefty fee. The theme park recreates the idealistic American desert frontier, full of sweeping vistas, damsels, brothels, gun-slinging bad guys, and cowboy heroes. It drags the Western genre and setting out of the archives, dusts it off, and breathes new life into it by marrying it with science fiction. Like much speculative fiction, it takes our current world and presses a hypothetiocal fast forward: What if technology evolves to a point where we can bring multi-player computer games to life in theme parks populated with robots that appear and act human?

The Westworld universe is one that brings together the Western genre—its hopes and its atrocities—with technology. The guests to the Westworld park aspire to play a part in this world as hero or villain. (In the show we mainly follow the arc of male guests, so it is their desires we see pursued and borne out.) The hosts of the theme park are cyborgs who follow narrative loops designed to allow guests to act out their darkest fantasies without guilt or consequence.

A recent blog post by Benjamin Doxtdator has me thinking more about the notion of the digital frontier, and about how we envisage ourselves in digital spaces. In his post, Benjamin explored the metaphor of the internet as a frontier-style landscape that can be mastered or explored. He argues that this is an unhelpful and even dangerous metaphor. He proposes the lens of surveillance capitalism as an alternative; here I imagine Foucauldian panopticism, the telescreens of Orwell’s 1984, and the Eyes of Atwood’s The Handmaid’s Tale.

Benjamin’s post got me thinking about what we might glean from considering the Westworld world as a metaphor for digital space, and the human characters as representations of how people and organisations interact with that space. The park’s creators manipulate the landscape and the cyborg characters in order to engage, entertain, and satisfy their guests, while the guests treat the park with egomaniacal entitlement. Some guests pursue exciting story arcs for themselves, while others leave their morals at the door as they live out depraved fantasies of violence and abuse.

The show presents the cyborg characters as more human than the humans, perhaps encouraging us to question our relationship with technology and its dehumanising influence. It also asks us to consider the ways in which we feel free to interact with digital spaces where we feel we can be either free from our non-digital selves, or to enact alternate identities online. Westworld, viewed this way, presents us with a humanity with which we don’t want to associate and provides a warning to its audience about the dangers of interacting unethically and unthinkingly with technologies.

Meanwhile the cyborg characters, with whom we are encouraged to empathise, are awakening and beginning to rise up against those who oppress and violate them. The show lays bare inequities and power imbalances in technological arenas. It presents a critique of the powerful puppet masters and privileged users of tech, questioning what people do with their privilege and with technology when there are no checks and balances. Westworld‘s artificial frontierland encourages us to reconsider what we might do in digital spaces, and to what ends.

In Westworld it is the cyborgs, the underdogs and the underclass, who provide us with potential for resistance and who begin to question their world. We are constantly, however, reminded of the ways in which the cyborgs are created, controlled, and sometimes cast aside by those who run the Westworld world.

At a time when I am working on a framework for digital pedagogy at my school, I am reflecting on the notion of metaphor. I agree with Benjamin Doxtdator that conceptualising technology as a playground is dangerous. How do we want our children and students to see and interact with the world of technology? In a world of big data, cyber attacks, and alternative facts, perhaps it is with a combination of enthusiasm, caution, fear, confidence and criticality.