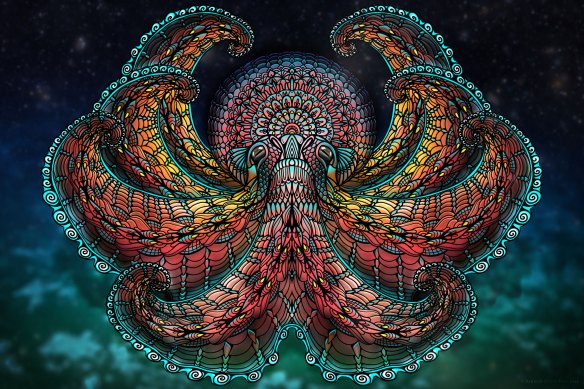 The qualities that make Twitter seem inane and half-baked are what makes it so powerful. ~ Jonathan Zittrain (quoted here)

Twitter is a gargantuan, wild, slippery creature, although its 316 million users don’t look so big compared to Facebook’s 1.5 billion. The comparison makes it look more like a small and enthusiastic party, but still one marginally bigger than that of Instagram and Google+, both currently at 3 million users.

I get a lot of my news on Twitter, often before it’s on the news. Partly, that’s because I tend not to watch the news as I don’t want my three year old and five year old to see it. Mostly, I get exposure to a wide range of views on education and research from educators and academics around the world. Some of these views inspire me and provoke my thinking. Others disappoint or enrage me. I get to geek out on Twitter about things that my friends, family and even colleagues might not care about.

I participate in education Twitter chats, which can sometimes feel like traveling at speed down a raging river, in a downpour. I don’t try to keep up with everything that comes through my Twitter feed. I dip in. I dip out. I take long soaks. I take breaks. I engage with what crosses my path and takes my fancy, without FOMO (fear of missing out) on what I might miss.

I’ve had Twitter discussions and resulting blog conversations. I’ve met people first on Twitter, then in person. I’ve collaborated with my Twitter PLN (personal learning network) on Voxer. I’ve connected with a community of MOOC (massive open online course) participants on Twitter, through the course hashtag and during live Periscope broadcasts. I’ve joined with fellow Twitteratti to launch the #educoachOC monthly Twitter chat. I’ve enjoyed the web of connectivity to people and ideas.

Twitter can be a bespoke news service, individualised professional learning, a vortex of distraction, a cheer squad and a firing squad. It can be connecting with fellow-somethings (for me, fellow Australians, fellow PhD students, fellow educators, fellow parents, fellow lovers of X, Y and Z). There’s a hashtag for everything from the general and global (#acwri) to the specific (#academicswithcats) and local (#aussieED), and the inane (#geekpickuplines).

I’m often surprised and delighted by the kindness on Twitter. I’ve had esteemed academics take time to offer me advice in tweets. And in the last few weeks I’ve had a couple of incredible offers from people I’ve never met. One offered to proof read my PhD thesis (and this was someone who has completed their PhD, so knew the enormity of what that meant) and one offered to help me if I ever wanted to conceptualise my thesis as a book. Here was generosity possible because of a global open platform of sharing, co-learning and hashtags like #WeAreBetterTogether.

Today is 21 October 2015, the day predicted by 1980s movie Back to the Future as having hoverboards (where’s mine?), flying DeLorean time machines, ubiquitous screens, self-tying shoe-laces, self-drying jackets, thumbprint recognition and holograms. What the film didn’t predict was a world of constant connectedness, citizen journalism and the hierarchical flattening of Twitter where journalists, politicians, celebrities and activists interact with anyone in the world with a smartphone.

In the last few months there have been articles which have celebrated the messy convolution of Twitter, positioned Twitter as an uncontrolled platform of abuse, and questioned the future of Twitter as an unmarketable commodity as “there’s no money in free speech” or in being the world’s independent newsroom. With freedom of speech comes the good and the bad of humanity. My personal experience, which is shaped by who I follow and how I use Twitter, is consistent with the first article: Twitter is unwieldy, messy, individualised and wonderful. I hope by some social media miracle, Twitter is allowed to remain unkempt, untamed and uncontrolled.

So Twitter is like a giant, slippery octopus which is constantly writhing and growing new tentacles. On one hand, why try to restrain it and wrestle it into a box? On the other, what if the octopus is flailing and sinking? What could another iteration of Twitter look like? What might a Google takeover do to the Twitterverse? Clean it up and make it more user friendly? Or transform it into an assembly line of cookie cutter news and views? Like the fax machine in Back to the Future is it a technology which we think has a place in our future, but really doesn’t? Just hold on while I post this to my Myspace account …