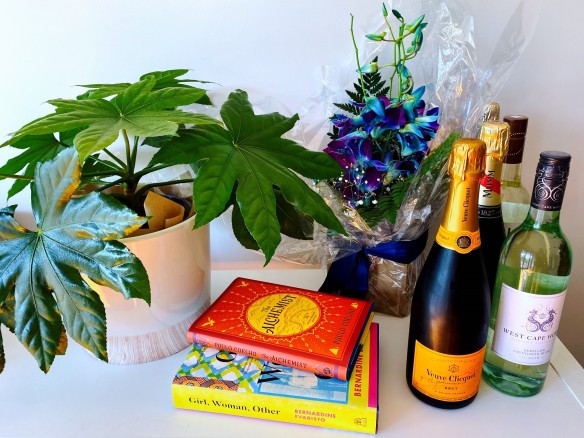 a selection of farewell gifts

Friday was my last day at my current school.

I still remember a friend messaging me in August of 2008 about the position while I was travelling through the Balkans. I wrote my job application in an internet café in Sarajevo. The Bosnian keyboard made it a bit tricky! After a few phone interviews from my apartment in London I was offered the job. I arrived back in my Australian hometown of Perth in December of 2008, after seven years away in Melbourne and London, not yet having seen or met anyone from the school. I met the principal on 22 December 2008 and began in January 2009.

In my 11 years of service to the school, I taught English and Literature to hundreds of students. In particular, I took about 250 Year 12 students through their English course. I held three leadership positions, worked for two principals and two line managers, had ten sick days, started and completed my PhD, co-edited a book and wrote a book. I also had my two children in that time; so far, it is the only place their mum has ever worked.

I am proud of and excited by the work I have done at the school, much of which I have written about on this blog. Examples include:

I leave a place where I have felt a sense of belonging, an alignment of moral purpose, a deep connection to people.

This was a week of public and private farewells, of reminiscing, of gifts and messages given and received from students, parents and colleagues. Cards, emails, notes, chocolates, wine, jewellery, books, flowers, plants, and … a lab coat. I was told that I worked in the shadows and as the glue to connect and positively influence strategy, individuals, teams and practice. That I was a voice of respectful challenge and healthy skepticism. One colleague said I was an ‘institution’ at the school. Others shared reflections on my contribution to the people and the place.

It was a week of high emotion, especially because it coincided with Year 12 Valedictory celebrations (and also World Teachers’ Day celebrations in Australia). My last day was the Year 12s’ last day. My last event at the school was their Valedictory dinner, which ended with a standing ovation for the College Captain’s moving speech.

My advocacy for teacher voice and agency emerges partly from my daily experience of the care and expertise of those with whom I work. I worked alongside colleagues and leaders who have had a significant influence on me professionally and personally. I know that I have made a difference in the lives of many students. I’ve been a valued part of an exceptional team, a part of something special. The ‘me’ leaving is certainly different to the ‘me’ who arrived.

Finishing up at a school community is such an odd feeling, especially as I am now on long service leave until the end of the year. It’s great to have a break between leaving this position and starting my next one, but my identity is so caught up in work—in being a productive professional who makes a difference in my school—that stepping away from that for a couple of months feels strange and even difficult. Still, this is a problem I am willing to work through! I have plenty to occupy my time: training at the gym, walks along the coast, leisurely coffees, reading fiction, and travel. I also have some conference preparation as I am looking forward to presenting four times at ICSEI 2020 in January, in three symposia and one main stage event.

The thing about endings is that they coincide with beginnings. I’m excited about this break and, beyond it, the new community, new role and new contributions to follow.

For more than 20 years—across independent schools in Perth, Melbourne, and London—I have led teaching, learning, staff development, staff wellbeing, and change management that is strategically aligned and based in context, research, and innovation. My research interests include professional learning, professional identity, school leadership, and leading change. I am currently Head of Teaching and Learning (K-12) at an independent school with 1800 students, Honorary Research Associate at Murdoch University, Chair of the Board of a local public school, and member of national and international advisory committees. I am author of the book ‘Transformational professional learning: Making a difference in schools’, Editor of 'Future Alternatives for Educational Leadership: Diversity, Inclusion, Equity and Democracy', and co-Editor of 'Flip the System Australia: What matters in education'. Awards include the 2022 Most Influential Educator Australia list, 2021 AERA Educational Change SIG Emerging Scholar Award, 2021 Michael Fullan Emerging Scholar Award, 2021 ACEL WA Certificate of Excellence in Educational Leadership, 2018 ACEL WA Research in Educational Leadership and Management Award, and 2016 ACEL ‘New Voice’ In Educational Leadership Research Scholarship. My 'the édu flâneuse' blog narrates my thinking around education, leadership, professional learning, writing, and research. Photographs are mine except where a source is acknowledged.